How do I enforce Class/PAX combinations? 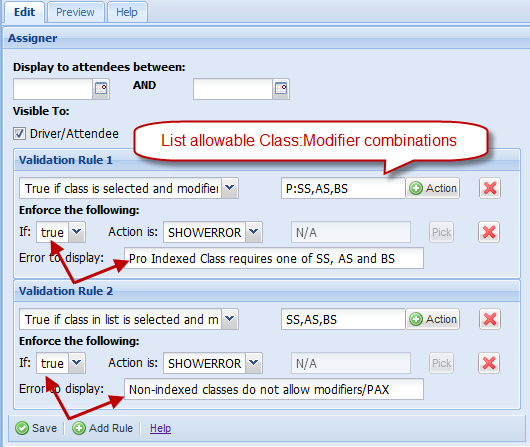 The first rule above is Class is selected + Modifier is not in mapping list. This allows you to specify one or more classes followed by one or more modifiers that must be provided to satisfy the rule. Some examples:

The second rule above is Class in list does not allow a Modifier. This restricts certain classes from selecting a modifier/PAX for when it is not allowed. Some examples:

Finally, a third rule (not shown above) is Modifier is empty. This rule lets you require the attendee selects a modifier for a given assigner.